Everything in nature vibrates at a unique frequency, including plants, crystals, celestial bodies, mobile phones, and, of course, our bodies. When our natural frequencies become “out of tune”, the body tends to go “out of balance” triggering a disease that manifests in emotional, mental, energy or physical body. The program at Wellness Space integrates singing bowls, breath and humming (simple chanting) into the  Naad Yoga curriculum as well as in the individual sessions. The sessions as well as training involves the use of technology and individual surveys to understand the effectiveness of the interventions.

Sound healing works on the scientific principle that everything in nature, including our bodies vibrate at a unique frequency, which must be balanced. When our natural frequencies get imbalanced, they trigger diseases and emotional imbalances. It creates  a balance in our mind and body system and has the power to heal not just emotional imbalance but also mental and physical imbalance.We integrate various modalities – Yoga Therapy, Chanting, Tuning forks and Himalayan Singing Bowls – based on the client needs and facilitate the life transformation.

(Note: Himalayan Singing Bowls is a generic term used to describe vessel shaped singing bowls which make sound with multiple harmonics. These bowls are found across the Himalayan region from Tibet in China and in various states of India such as Assam, Sikkim and also in Bhutan)

ReDefine Wellness has partnered with Wellness Space, to bring you an an integrated certification program for Sound Healing with certification from the Society for Energy & Emotions. 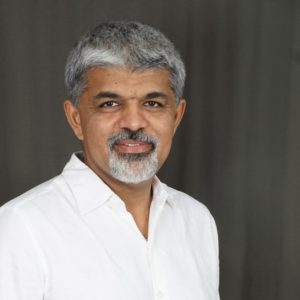 some of the biggest economies and countries (the US, Japan, Singapore, China & India). Gunjan has a master’s degree in Marketing (MBA) and Computer Engineering (MS) from Michigan State University, USA. He is also a certified PMP (Project Management Professional).
Gunjan is also a Certified NLP Trainer (ANLP India, ECNLP), Advanced Life Coach, a Trainer in Sound Healing (using Himalayan Singing Bowls) and a Certified Yoga Instructor. He conducts workshops in Sound Healing, NLP, Life Coaching and Emotional Wellbeing. His interests include studies in the area of wellbeing, energy, physiology and emotions. Gunjan also coaches entrepreneurs in the area of strategy, technology, goal setting and emotional wellbeing and integrates his vast global experience in technology, business services, marketing and processes with various healing modalities and technologies.
At present, he is working on identifying how healing modalities impact emotional and mental wellbeing and works with medical  and health management community to study how complementary therapies impact emotional well-being. His workshops often include human energy measurement devices (Bio-Well GDV camera &  heart rate variability) to demonstrate the effectiveness of the interventions. Gunjan leads this work via Society for Energy and Emotions at Wellness Space and collaborates with various institutions (L D College of Engineering, Ahmedabad; Indian Institute of Management, Ahmedabad, Indian Institute of Public Health, Gandhinagar; Nirma University and so on).

He has played active sports (led Gujarat Under-15, Under-19 and University cricket teams) and enjoys Indian Classical Music while learning Tabla.

This is a very common problem of the modern world.  Constant thinking and anxiety, coupled with the use of modern gadgets and 24×7 lifestyle, our ability to slow down and unwind at the night is often impacted.  The studies have shown correlation between chronic stress, disrupted sleep (e.g. call centre workers who work at night) and imbalance in key hormones (e.g. cortisol and melatonin levels) resulting in sleep impairment.  Sleep is an important aspect of our autonomic nervous system recovery and must not be compromised.

What can you do about this?

Why should I believe?

Please contact us if you need help or join our free meditation sessions !

We look forward to seeing you for one of the classes or workshops soon. If you have any questions, please feel free to Contact Us .

Thank you for subscribing with Redefined Wellness